We tried Tim Hortons Innovation Café – here’s what we. thought

Pearl visited the new Tim Hortons Innovation Café in Toronto this week with a group of 5 taste testers to try some of their new and innovative offerings.

Our overall restaurant experience was pleasant. While it was busy non-stop throughout the afternoon, the Tim Hortons staff kept the lines moving quickly. We appreciated the self-service kiosks, however when we tried using them the payment option didn’t seem to be working and we had to move back into the line. Given the location, a majority of the guests appeared to be of the business crowd who seemed familiar with the menu already and skewed slightly younger (under 40) in age with a mix of genders.

In addition to the business crowd were some younger casual guests that were likely visiting for the first time as they snapped pictures and took awhile debating the menu. The restaurant atmosphere was friendly as you would expect.

The décor was modern and appealing with thoughtful Canadian touches true to the brand like a hockey stick door handle and “The Lucky Loonie” in the floor near the bar. One downfall to the restaurant setup was the bar waiting area, where at times a large crowd would assemble to wait for their beverages, making it feel overcrowded and congested. 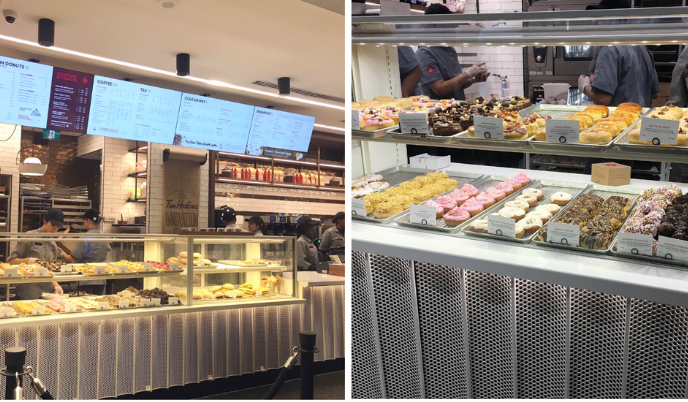 Within the donut, sandwich and beverage menus, there was a wide range of new items to be tried. Meanwhile, the breakfast menu remained mostly the same, with the addition of a donut breakfast sandwich.

We tried a variety of new food and beverage items, and here’s what we thought:

Our tasters evaluated the Dream Donuts on the four attributes below: 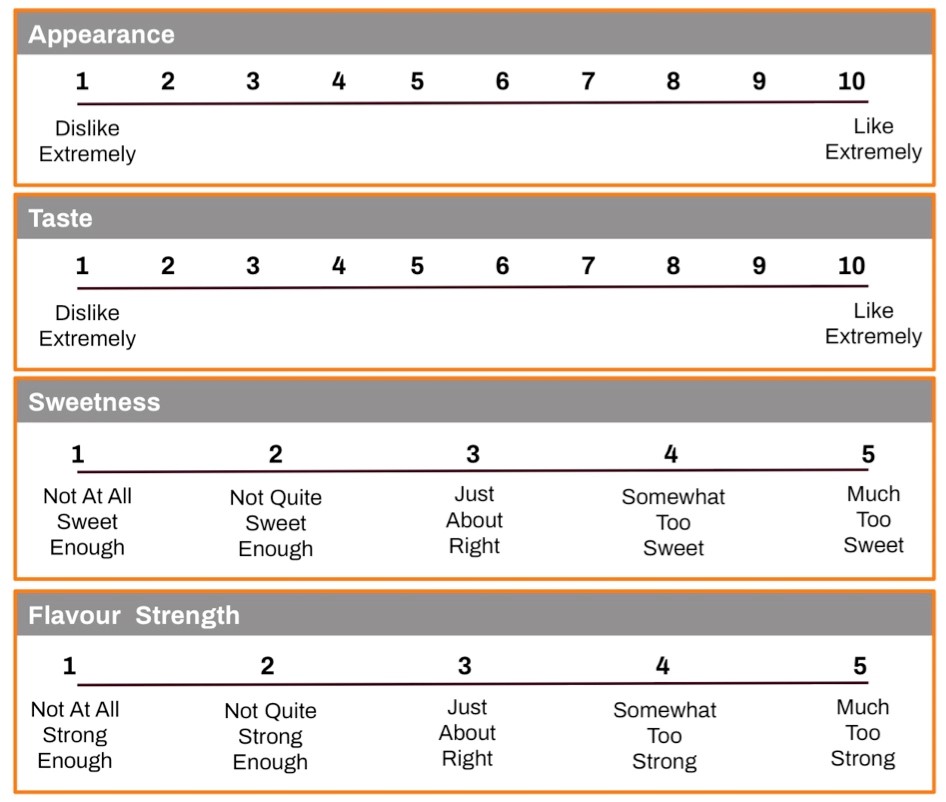 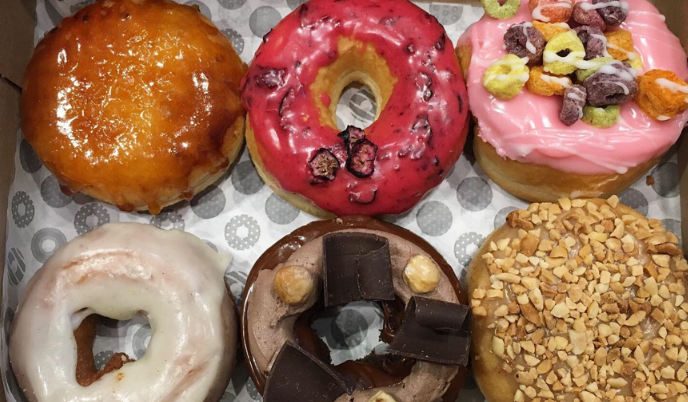 This donut had the torched sugar topping you’d expect from a real Crème Brûlée, and it shattered nicely when you broke it. Unfortunately that’s about all this donut had going for it! The filling taste was plain and lacked any sort of flavour. The sugar topping was burnt tasting and had a sharp texture in your mouth.
“It just kind of tastes like their Boston Cream donut with sharp sugary bits in my mouth!”

The appearance of this donut was lackluster. While the colour was nice, the dried pieces mixed into the icing on top weren’t very appetizing. We all agreed this donut wasn’t flavourful enough – no one could pick up any blueberry or hibiscus flavour notes. It tasted just like the familiar Tim Hortons Vanilla Dip donut.
“This just tastes like a less flavourful sprinkle or vanilla donut… I can’t tell what the flavour is.”

Overall Taste: 4/10
Sweetness: 2 – Not Quite Sweet Enough
Flavour Strength: 1 – Not At All Strong Enough

This donut was a homerun! Most of us were surprised at how strong and distinguishable the Froot Loops flavour was. While it was sweet, it’s what we expected. The Froot Loops cereal pieces on top provided a good crunch to complement the soft donut texture.
“This one is spot on… kids are going to love this!”

The appearance of this donut didn’t promise anything special, however the taste took everyone by surprise. The flavour perfectly matched its name – it was a delightful blend of sweetness, butter, and a hint of saltiness. The layers complimented each other quite well and it was much  more sophisticated than the typical Tim Hortons donut.

“It tastes like an old fashioned donut then you get a hit of the butter and then the salt – it’s not all together (at the same time)… it’s complex.”

The appearance of this donut delivered a wow factor with its shaved chocolate and hazelnut toppings. The taste delivered on the expected hazelnut notes, but the buttercream made it feel more like a chocolate cupcake than a donut as the chocolate overpowered hazelnut flavour. A few tasters commented that it had the same taste as a typical Tim Hortons chocolate donut.

“It’s pretty! But after eating it I just wish the shaved chocolate on top was smaller so you can get more in every bite.”

This was another donut we loved! Its appearance was just ok, but it was notably more attractive when it was cut open to reveal the beautiful red jelly filling! This one was true to its name, tasting just like a classic peanut butter and jelly sandwich. Some felt the jelly was slightly too sweet and that there was a bit too much in terms of jelly to donut ratio, but our jelly donut lovers felt it was just perfect.

Our tasters evaluated some of the new Beverages on the three attributes below: 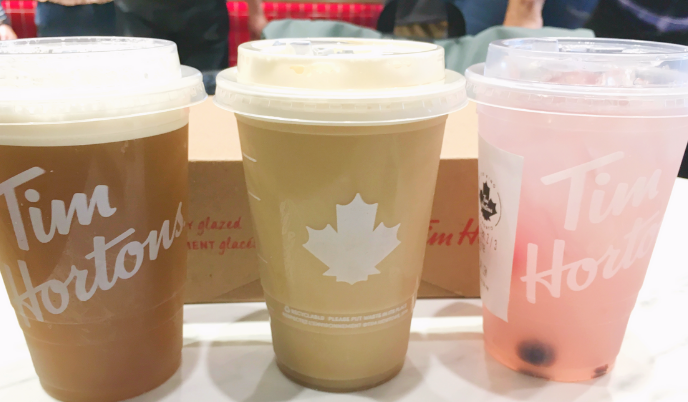 We had high hopes for this one because of its intriguing name. Unfortunately, it underdelivered versus our high expectations. While it had a good taste, the nitro pour and mango flavour didn’t come through.

“It tastes like regular iced tea, a bit peachy but definitely don’t taste any mango and the mouthfeel wasn’t anything different. The foam was kind of nice I guess.”

Overall Taste: 6/10
Sweetness: 3 – Just About Right
Flavour Strength: 1 – Not At All Strong Enough

Overall we thought this beverage was just ok. While it was tasty, we wouldn’t drink it as a substitute for an iced latte or coffee, but rather an iced cap. The draft element didn’t add anything special to the taste as there wasn’t anything noticeably different than Tim Hortons other iced coffee beverages.

“It tastes artificial – more like coffee than espresso and it quite sweet.”

Our tasters liked how refreshing this beverage was and appreciated the inclusion of fresh berries. It was described as fruity lemonade, but the overall flavour strength of blueberry and lavender were lacking.

“I would drink this in the summertime for sure! It’s sweet and light… almost too light on flavour. Like it’s watered down.”

Overall Taste: 7/10
Sweetness: 3 – Just About Right
Flavour Strength: 1 – Not At All Strong Enough

Our tasters evaluated some of the new Sandwiches on the four attributes below: 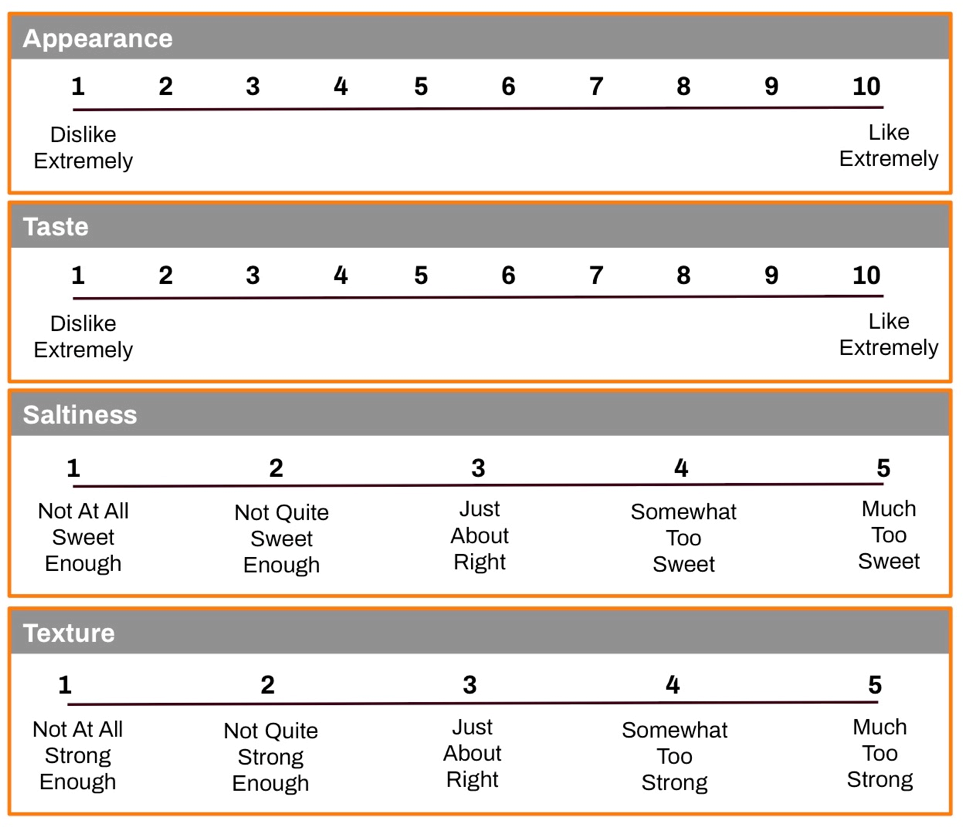 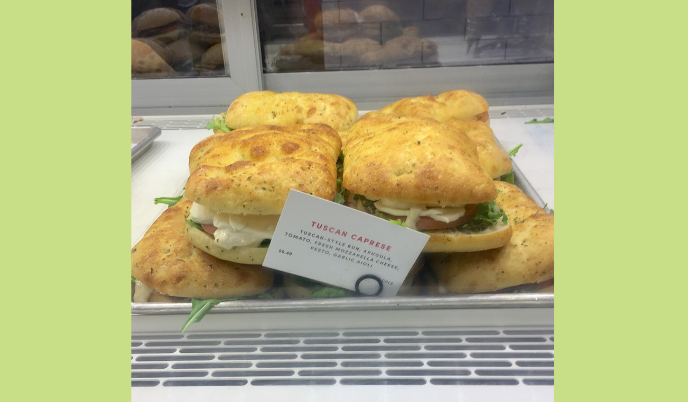 At first, this sandwich didn’t wow us on appearance as it was flat and squished from preparation. However, it definitely delivered bold and tasty flavours! It had a strong and flavourful pesto complemented with fresh tasting ingredients. We appreciated the salad greens like arugula rather than the typical romaine you find on most Tim Hortons sandwiches. The texture of the bread was slightly too chewy and soft, especially when paired with the soft cheese inside, yet it was more seasoned than a classic Tim Hortons bun.

“This is delicious! It’s not what I would expect to get from Tim Hortons… I’d expect this to be at Panera.”

Texture: 3 – A little too chewy 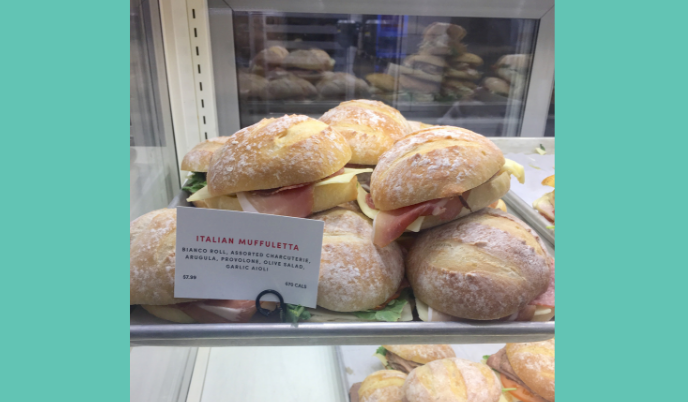 The crusty bread gave this sandwich an artisan feel, but the oil and ingredients hanging out the sides weren’t overly appealing. However, the sandwich delivered great taste via a variety of Italian ingredients and a good ratio of filling to bread.

Overall, our taste testing team was pleasantly surprised with their experience at the Tim Hortons Innovation Café. Many items we tried were well liked, and would be purchased again. All of the innovation items we tried were a good fit for this restaurant. The cold specialty drinks filled a void in their Beverage menu, and would be very competitive with McCafé. Even though the dream donuts were well liked, most of our tasters would prefer to go to a specialty shop to get something with higher overall quality. However, the dream donuts were preferred versus the classic assortment of Tim Hortons donuts, and would definitely be a go-to option when buying for a large group.

You can visit the Tim Hortons Innovation Café located inside the Exchange Tower at 130 King St. W in Toronto. Try out these innovations for yourself and let us know what you think!